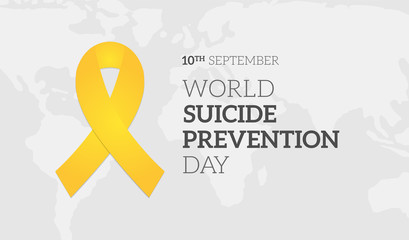 The American Human Rights Council (AHRC-USA) joins the nation and the rest of the world in recognizing World Suicide Prevention day that falls annually on September 10.

This day is an opportunity to raise awareness of the challenge of death by suicide. It is a painful reminder of the ongoing and rapidly increasing rate of suicide, especially among the young.

It is often said that no man/woman is an island. Suicides are preventable deaths and they require individual and collective efforts to prevent. The Covid pandemic has been a public health crisis and a mental health crisis. With the shutdowns, many could not seek the help they needed. Social isolation increased the sense of hopelessness of many.

Mental-Health continues to present a serious challenge that requires collaboration, creative strategic planning and more effective solutions at all levels.

“We need to be mindful of the wellbeing of our friends, co-workers, neighbors and family members,” said Imad Hamad, AHRC Executive Director. “This is not only a crisis for the mental health professionals to deal with, we are all part of the solution,” concluded Hamad.

Dear author,
Your story is published and below is a link to the publication
http://www.thenigerianvoice.com/news/311842/world-suicide-prevention-day-say-yes-to-life-no-to-suicide.htm