Vote and Let the Political and Legal System Run Its Course 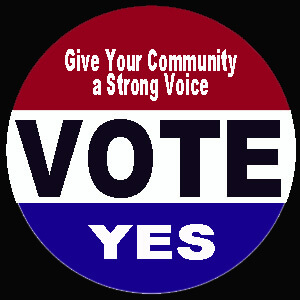 Every minute counts during this exceptional election cycle. The electoral outcome depends on turnout. Anyone following the news has read about the long lines of voters eager to make their voice heard. This is great for democratic rule.

While this country is politically divided, political divisions are not destructive of societies. The key is how these divisions are handled. The sharp division within our society is benign as long as we can sustain civility and the mutual respect. The system can sort things out.

Every vote counts period and we should encourage all eligible voters to do so. All states and municipalities have created alternate ways to cast the vote via mail or in person to the last minute of this elections term. We are adapting to exceptional times.

This is an exceptional election that is emotionally charged. We have an incumbent president who is a polarizing figure. This has helped energize voters- for and against. Millions have already voted. Millions will continue to vote until Election Day.

Elections are not a federal matter. They are handled at the state and local level. And there are different rules such as to deadlines for having ballots counted. This year because of massive mail in voting it might take longer for us to know who won the presidential election. That should not be a problem. Our legal and political system are developed enough to handle all kinds of exigencies. We urge everyone to vote and to let the legal and political system run its course. It’s not for the voters to worry about the nuances and technicalities of the electoral system. If the rules are followed, then we should accept the outcome- even if delayed.

Any candidate at the local, state or federal level has the right to contest the outcome of the election. We have rules and laws that control these possibilities. It is not unusual in a democracy for a candidate to any office to question an outcome and, using established rules, ask for a recount, for example. Think of a local election decided by a handful of votes. Is it reasonable to ask for a recount to make sure the outcome is the right outcome? Think of the razor thin margin that made candidate Trump win Michigan, Wisconsin and Pennsylvania in 2016. This can happen again.

These exceptional times require from each of us to act in a reasonable manner putting country first and respecting our institutions. Don’t believe the hype and the partisan media that, by default or by design, reinforce biases and concerns and inflame sentiment.

Dear author,
Your story is published and below are the links to the publication
http://www.thenigerianvoice.com/news/293282/vote-and-let-the-political-and-legal-system-run-its-course.html

Vote and Let the Political and Legal System Run Its Course

—————————-
Donate to AHRC:
These are challenging times. It is our common humanity that we are determined to protect. To donate, please visit: www.ahrcusa.org for safe & secured donation
# # #