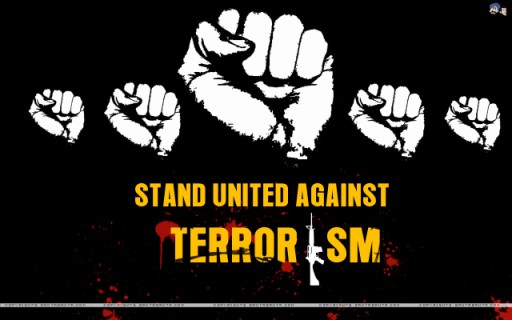 [Michigan October 30, 2020]: The American Human Rights Council (AHRC-USA) joins all peace-loving people in France and across the globe in condemning the recent terror attack at Notre Dame Church of Nice. We unequivocally condemn all acts of terror. Terror is our common enemy and these horrific attacks are crimes against humanity.

This is another senseless crime and senseless act of terror that serves as a painful reminder that the threat of terrorism continues to be a real. Any society can be a target of terror. There is no justification to acts of terror, violence and hate. These crimes go against the essence of our shared humanity.

AHRC warns that this terror attack should not be used to attack a whole community. Using the attack to demonize Muslims and Islam is part of the problem, not part of the solution. A terrorist is a terrorist regardless of his faith or origin. This is a political and law enforcement problem, not a faith problem. Demonizing a whole group of people or a whole faith, general labeling and general condemnation of any group of people or any faith only feeds to into the Political culture of hate and terror.

AHRC is deeply troubled with French policy that is feeding into the problem and inflaming sentiment. French officials have antagonized Muslims by appearing to endorse and promote the cartoons mocking the Prophet Mohammed. When the movie offensive to Christian sensibilities, The Last Temptation of Christ, was made and faced backlash from some Christians, no country adopted the movie as an embodiment of free speech. No politician used the movie to argue for reforming Christianity. Also, the Piss Christ controversy in New York City, the mayor of New York, Rudy Giuliani, led the effort to criticize the promotion of a work of art that mocks his Christian faith.

AHRC believes in human rights and liberties equally to all. But we are deeply troubled when a symbol offensive to one group of people is adopted as the poster child of some lofty values. There is a right to live with dignity without being excluded and marginalized by the majority. This applies equally to all faiths that must be respected. Combating and defeating acts of terror, violence and hate require the unity of all of us. Terror is blind and does not discriminate. Members of all faith groups have been its target. These acts are meant to divide.

“We urge all people of good will to come together to reach sensible solutions that put human dignity front and center,” said Imad Hamad, AHRC Executive Director. “There is no excuse to acts of terror and there is no excuse to using acts of terror as a pretext to further inflame sentiments by demonizing Islam and Muslims, directly or indirectly,” added Hamad.
####
Donate to AHRC:
These are challenging times. It is our common humanity that we are determined to protect. To donate, please visit: www.ahrcusa.org for safe & secured donation