AHRC: Israeli PM Netanyahu Is Not Welcome in Michigan 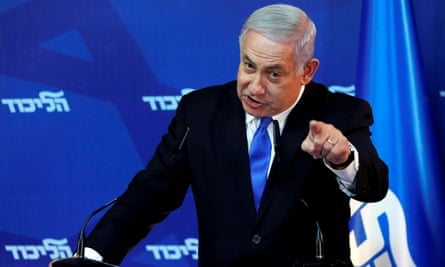 PM Netanyahu stands for the denial of the human rights and political rights to the Palestinians. He has incited hatred of Arab Israelis, Palestinian citizens of Israel, for electoral gains. He supports Israel as a country that denies equality to 20% of its citizens, the Palestinians with Israeli citizenship. In addition, as prime minister of Israel he continues to keep Gaza besieged as a big prison while colonizing the West Bank and confining Palestinians to ever smaller spaces.

Mr. Netanyahu is a symbol of disunity.

Mr. Netanyahu believes that the world does not care for the Palestinians and will accept whatever Israel does to them. He believes that might is right, which is a direct contravention of what we in the human rights community believe. In addition, Mr. Netanyahu is a politician who is facing criminal charges for corruption. He wants to use his appearance in Michigan and the recognition of the attendees of the event to advance his standing with the voters of Israel. Michigan leading figures especially civil rights leaders and friends of the Arab and Muslim communities should not allow themselves to be used to promote a divisive and controversial politician accused of corruption.

AHRC is a strong believer in peace built on the solid foundation of respect for human rights of all human beings and on international law. We believe that Mr. Netanyahu stands for disunity, occupation and oppression. Boycotting him sends the message that human rights matter and Palestinian lives matter.

Dear author,
Your story is published and below is a link to the publication
http://www.thenigerianvoice.com/news/292847/ahrcisraeli-pm-netanyahu-is-not-welcome-in-michigan.html
# # #
Donate to AHRC:
These are challenging times. It is our common humanity that we are determined to protect. To donate, please visit: www.ahrcusa.org for safe & secured donation