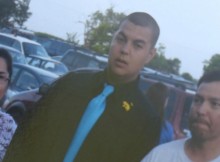 The American Human Rights Council (AHRC-USA) applauds the grand jury in Barry County Circuit Court, Michigan, for awarding 1.7 million dollars to the family of the 18-year-old Victor Perez who died on July 2010 after he accidently fell into a tank at a Barry County dairy farm. According to authorities he died of asphyxiation after being trapped in the oxygen-depleted molasses tank. The tank included a mixture of dangerous substances.

According to the family’s legal counsel, Akeel & Valentine PC, the teen, along with another teen, Franciso Martinez, were instructed by the farm owner, Paul Jay Lettinga, to clean the molasses tanks located at the Yankee Springs Dairy farm in Barry County in Western Michigan. The molasses tanks held toxic decaying liquid feed. Without adequate oxygen, both Victor and Franciso died in the tank.

Since Victor’s death, the family worked hard to seek justice for their loss child at such a young age. Like millions of other immigrants, he worked to help his family. The unsafe work environment led to his death. This is another sad example of migrant workers used as disposable cheap labor, provided no adequate or proper training and not provided a safe work environment.

The verdict sends a strong message to all farmers, that migrant workers’ have the right to work in a safe environment and their lives matter.

“This case sends a strong message to all employers of migrant workers that their lives matter and that they are, as provided by law, entitled, like everyone else in this country, to work in a safe working environment,” said Atty. Shereef Akeel the family’s Lawyer.

“Migrants, regardless of citizenship status, are fellow human beings who are entitled to human rights, the most important of which is the right to life,” said Imad Hamad, AHRC Executive Director. “As such they deserve their life protected in a safe working environment that protects their health and life,” continued Hamad.