AHRC expresses serious concerns regarding the alleged abuse of a detainee in transit by US Corrections LLC: 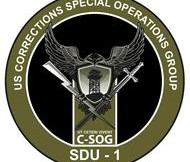 The American Human Rights Council (AHRC-USA) is deeply troubled by claims made by an Arab and Muslim American disabled veteran who claims that he was abused, and subjected to cruel and degrading treatment that included beatings, being spat on, kicking, being denied food, water and the use of bathroom facilities resulting in his sitting in urine and feces for days.

This cruel and inhuman treatment allegedly occurred while the Arab and Muslim American veteran was being transported from Chicago county jail to another one in Florida a few weeks ago. During the transportation period, the veteran claims that he was placed in a cage inside a cargo van locked down and shackled so tightly that it resulted in swelling and numbness in his hands and feet. The veteran alleges the following also occurred: He was left in the dark, there was no ventilation, he had no ability to move, and he was subject to electrical shocks.

His saga has its genesis in a lawsuit filed by his landlord which resulted in a warrant for his arrest. Upon his arrival at O’Hare Airport in Chicago, he was arrested. He was in shock trying to understand why he was being arrested. US Corrections LLC was the private company that took custody of him to transfer him to Florida. According to standard regulations, the time limit for the drop off at any destination is within 48 hour maximum of taking custody. In this case, US Corrections LLCC staff for some unknown reason chose to keep him the last person to transfer and transferred him after 5 days. He asserts that during these five days he never saw the light of the day and was subject to physical and mental abuse that included being urinated upon. Since this abuse, the disabled vet continues to medical care as he suffers multiple injuries. This has caused him and his family acute trauma.

These allegations made by the disabled vet are deeply troubling. US Corrections LLC is a private company that is contracted to conduct transportation services within the United States as well as at the international level. Thousands of detainees are being handled by this company annually. In light of these accusations, there is a legitimate fear and concern that so many have or may face such cruel, degrading and inhumane treatment.

AHRC is in the process of following up on this alarming situation to make sure the claims are properly investigated and addressed.