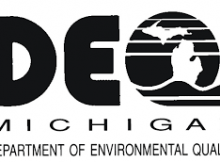 The American Human Rights Council (AHRC-USA)  joins Rep. Rose Mary C. Robinson in urging the community to send public comments to the Michigan Department of Environmental Quality by September 12, 2015regarding US Ecology expanding their Hazardous Waste facilities on Detroit’s Eastside. Representative Rose Mary C. Robinson and representatives from the American Human Rights Council attended a public hearing on Monday, August 31, 2015 on US Ecology’s hazardous waste license renewal and expansion at the Alkebu-Lan Village at 7701 Harper Ave.

“More time should be given before the State of Michigan grants a license to US Ecology to expand their facilities on Detroit’s eastside,” said Imad Hamad, Executive Director, AHRC.  “We need more time to study the impact this expansion would have on the health of residents.    The right to clean air and water are human rights.  It is important that we provide public comments about the proposed expansion by the September 12, 2015 deadline.”

At the public hearing, Robinson questioned US Ecology about their clients and where the waste is  coming from.      Local neighborhoods on Detroit’s eastside will become the dumping ground for large volumes of hazardous waste from across Michigan and other states.    Rep. Robinson was appalled the compliance officer for the Michigan Department of Environmental quality since 1999 could not answer questions on the number of violations issued against the present hazardous waste facility.

The American Human Rights Council  joins members of the community demanding clear answers into how much Hazardous waste will be being dumped and stored in Detroit neighborhoods and what quantity is coming from other states. AHRC is concerned about  the serious health hazards conditions this expansion will create including the impact on Detroit’s water system.

The Michigan Department of Environmental Quality has extended the public comment period from August 28, 2015, to September 12, 2015

Make sure to send your public comments directly to MDEQ.

For more information, contact the Office of Rep. Rose Mary C. Robinson  at 517-373-1008 or rosemaryrobinson@house.mi.gov