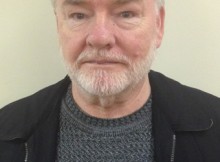 Organizations designed and purposed to promote human rights are visible in almost every corner of the globe. Most of them are staffed by capable people with good intentions. However, in these troubled times, one does not have to look very far to uncover the evidence of their failure to adequately promote and protect the rights of the people. When I became secretary of the AHRC, someone asked me a couple of important questions: One was why did I join the AHRC, and the other was what can the AHRC achieve that other human rights organizations could not? The first question was easy to answer. I joined AHRC because I see the rights of people all over the world being denied or eroded to the point where the quality of their lives is nowhere as good as it could be. I have to ask your assistance in answering the second question. I believe our membership has the potential and dedication to succeed where others have failed, but we cannot achieve our mission without your help.

Our resources are limited by our young stature as an organization, and we must recruit additional membership and financial support. For that reason I welcome you to join us for our Semi-Annual Dinner at Byblo’s on April 10, 2015, and request that you generously support AHRC so that we may fulfill our mission. With your assistance and the continued efforts of our dedicated members, I truly believe that we can fill in the gaps and provide the types of services that are still necessary to ensure human rights both at home and abroad. We cannot sit idly by and allow conditions around the world to deteriorate to a state of utter chaos and inhumanity. Human rights are the birthright of every human being, regardless of national origin or any other factor that might set one person or group of people apart from another. We must focus on the one common denominator in life that holds the greatest potential for unity and peace.

The AHRC motto, from our early beginnings has been: “Let our humanity unite us.” That is the one thing, above all else, that can bring us together. We are more than just African Americans, Arab Americans, Asian Americans, and native Americans, etc. We are all Americans, but, first, and foremost, we are humans; and focusing on that common denominator is the only basis that will allow us to succeed in advancing the cause of human rights. Please join us as we pursue the promise that our very existence has made possible. Together, there is nothing in this world that we cannot achieve. We sincerely hope you will join us.

Please call our AHRC Offcie at 313-914-3251 or via Email at: info@ahrcusa.org or via the AHRC Website at; www.ahrcusa.org

Ronald Yageman, Secretary for the American Human Rights Council, was born and raised in the thumb region of Michigan. He attended and graduated from Olivet College and pursued a dual career in public education and social work administration. He resides in Southeastern Michigan and is currently retired, with the exception of occasional performances as an entertainer. As a singer and guitarist, he has performed in several groups, and as a solo artist, in a number of Michigan communities. The father of four, he is also the grandfather to seven children. Along with his music, he is also an aspiring writer who is in the process of completing his autobiography and a book about one of his favorite hobbies, to be revealed at a later date.

Years of service in a variety of social work endeavors have sculpted and refined Mr. Yageman’s understanding and appreciation for the need to preserve and protect human rights. Although retired, his passion for helping people is still prevalent in his philosophy and evident in the context of his interactions within the community at large. He possesses a high level of commitment and devotion to the causes for which the AHRC was created.