Opinion: Sgt. Sivad Johnson of the Detroit Fire Department was a Real-Life Hero, an Unsung Hero: 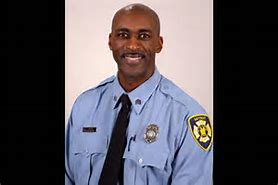 There is so much bad news around us. It is easy to be cynical and pessimistic. Self-interest is seen as what gets people going. Everyone is trying to maximize their utility and they act rationally, economists say. But there are people indispensable in our society that put their life on the line for the rest of society. They are the first responders- police, fire and paramedics. Many of them have died serving society. They are society’s unsung heroes.

Recently, we heard the sad news of the death of sergeant Sivad Johnson of the Detroit Fire Department. He died saving the lives of three girls who were about to drown in the Detroit river. People from all walks of life offered their condolences to Sgt. Johnson’s family, the Detroit Fire Department and to all first responders who put their life on the line to help others. Many do not know that first responders are never off the clock, they continue to serve the mission of saving lives even when off duty.

Sgt. Johnson served the Detroit Fire Department for 26 years. He was off-duty when this tragedy occurred. Many of us get annoyed if we get an email or text from our employer when we are off the clock. When we are off the clock, we want to relax, unwind and forget about work. Not the first responders. Without any hesitation, Sgt. Sivad Johnson dived into the Detroit river water. With the help of civilian boaters, they managed to save the three girls, but he drowned in the process. Was this a rational calculated, utility maximizing decision for Mr. Johnson, was it grounded in self- interest? The answer is obviously no. It was a selfless act writ large.

Sgt. Johnson is a real-life hero.

As a fellow Detroiter, I offer my sincere condolences to the family of Sgt. Johnson and to the Detroit Fire Department. And to all first responders, thank you.