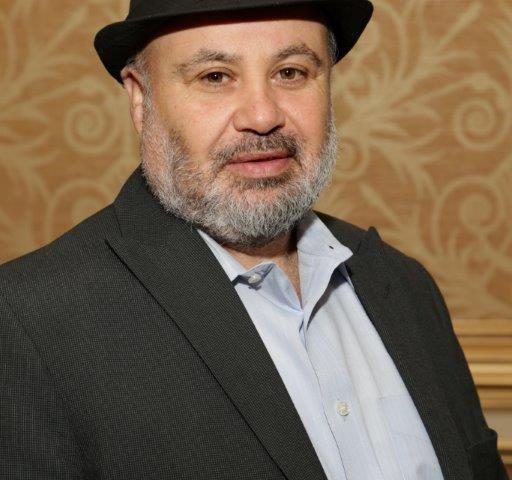 The American Human Rights Council (AHRC) is holding its annual banquet on May Thursday May 18. I interviewed Mr. Imad Hamad with questions about the banquet and about AHRC. Below are excerpts.

Q: Another year, another banquet. What are the highlights of this year’s banquet?

A: This year we are having our third banquet. We are awarding remarkable individuals from diverse backgrounds for their work advancing human rights. We expect a strong turnout, a full house- just like last year. Last year we had over 800 attendees. This year we have a special guest whose appearance is a great honor for the banquet.

Q: Human rights is a new type of advocacy in Arab and Muslim circles, does this present a challenge to AHRC?

A: It used to present a serious challenge. Before AHRC, I advocated for years for civil rights and civil liberties, locally, nationally and internationally. Advocacy for civil rights and liberties has been around for so many years that almost everyone understands the concept and the work. Human rights advocacy in Arab and Muslim circles is relatively new. When we started AHRC many people would ask me: What are human rights? How are they different from civil rights and civil liberties? We don’t get these questions anymore and I consider that a benchmark of success. Human rights are largely God-given rights or natural rights while civil rights are largely man-made rights. That’s a key distinction here. Our goal at AHRC is to create a culture of awareness of and respect for human rights. The fact that people know what we do and understand it is a measure of our success.

Q: Do you still do civil rights work?

A: Yes, very often we have a case where an individual would insist that we get involved and help them. It’s not our primary goal but we don’t see a conflict- human rights are inclusive of civil rights. We are selective in which cases we get involved in. One constraint is capacity- our office is very small staffed. We have a high success rates in our involvement in civil rights matters. Constructive professional credible engagement is the key to our success. We have an open door policy if we can’t help them, we direct them to where help could be obtained.

Q: You are based in Dearborn. How would you respond to someone saying that AHRC is yet another Dearborn organization added to a myriad of others?

A: Our office is in Dearborn. We are part of the Dearborn/Detroit organizational network. We are proud to be based in the great city of Dearborn. But we are not a parochial organization- our focus is local, national and global. Take our board for example and compare to other organizations’ boards. Our board is impressive in its diversity and talents. 90% of our board is outside Dearborn. Our awardees and banquet attendees are also very diverse and not limited to Michigan.

Q: What are the biggest human rights challenges of this year?

A: Syria and Yemen by far are the most challenging. There are also ongoing crises in Palestine, Afghanistan and Iraq. In addition to the domestic challenges that drastically increased due to the new political era in the United States.

Q: How has the challenge of sectarianism affected your work?

Q: Is funding an issue- What we hear from secular activists is that there is strong religious giving in the Arab and Muslim American community while secular organizations struggle. Is that still true?

A: To a large extent yes. You always see new religious centers being built and added. These institutions are important. But what we don’t see the support needed to keep secular organizations advancing missions that help everyone- including the religious. It is relatively easy to get money to build a religious center or to dig a well or feed the needy but harder to get contributions to secular organizations. We advocate for everyone- we help everyone. Everyone should contribute.

Q: You have a prisoners’ rights program, how does it work?

A: We advocate for the religious rights of prisoners with the Michigan Department of Corrections- the Ramadan issue for example. Muslim prisoners need to be accommodated as to meal time during the month of fasting. We have succeeded in improving Michigan’s accommodation of the fast of the inmates. This issue continues to be a challenge and requires more work. We also partner with a great Michigan based charity, Life for Relief and Development (LIFE), in providing family gift to inmates. We complement the work of other organizations in this area. What counts to us is helping people not the credit for it.

Q: You worked at one time on government-community engagement. Are you still involved in that?

A: I still believe in the community-law enforcement partnership model that provides a channel for dialogue that builds trust- genuine dialogue and partnership. But take Detroit now. I was the co-founder, along with the former US Attorney Jeff Collins, right after the national tragedy of September 11 attacks, of BRIDGES. BRIDGES is a premier law enforcement- community forum that I co-chaired until 2013. I was invited nationally and internationally to speak about BRIDGES. Now, sadly, you hear many are questioning the integrity of the process itself- it has lost its inclusivity. Those who are allowed to participate in it are chosen on the basis of who knows who and other ill- defined criteria. As a founder of BRIDGES, I urge all, especially the government stakeholders, to objectively reassess and evaluate the engagement process.

Q: What do you think needs to be done with BRIDGES?

A: The value of engagement is measured by keeping it an inclusive body that is not mandated or governed by parochial, irrelevant to the forum, political agendas and limitations. This is a forum of dialogue to all and it should include all the stakeholders- not only those who are of politically convenient. These days this engagement is direly needed given the many divisions we see and the challenges the community, the country and indeed the whole world faces. Time is overdue to return it to its original mission. BRIDGES is valuable and a model of community-law enforcement engagement. It has to be restored to its old inclusive self. Otherwise, it is perceived that the government stakeholders are taking sides in small community politics and community rivalries that are irrelevant to the process. The government stakeholders have to be careful not to be perceived as taking sides in internal community disputes.

Q. The DHS Secretary visited Dearborn about a month ago. What happened there?

A: That meeting was a good example of dialogue done wrong. Key voices were excluded- it defeats the purpose. AHRC and others were excluded from the meeting. This violates the letter and the spirit of BRIDGES. Many people feel the same way. I feel I have an obligation to speak out on this issue since I am a co-founder of BRIDGES.

Q: How is AHRC’s relationship with the media?

A: The media is crucial to our message and they have been great. We have a great relationship. AHRC is often sought for comment on matters related to human rights. I also write a guest column on human rights matters in the Detroit News. Our voice is definitely heard.

Q. What challenges do you see for NGO work in the Arab and Muslim American community?

A: There is a need for a strategic plan. There is some progress but we still see that our work overall is reactive and crisis driven. We need to respect specialization. We can’t all be doing everything at the same time regardless of our mission. We should complement each other’s work. The Muslim Ban issue brought us all on the same page, but what happens after a crisis fades? We need a strategic plan.

Q: What are you thankful for?

A: The donors, the board, the supporters and the volunteers. Our board consists of diverse talented people who are vital to our success. The young interns we have are extraordinary and reassure us that the future is promising.