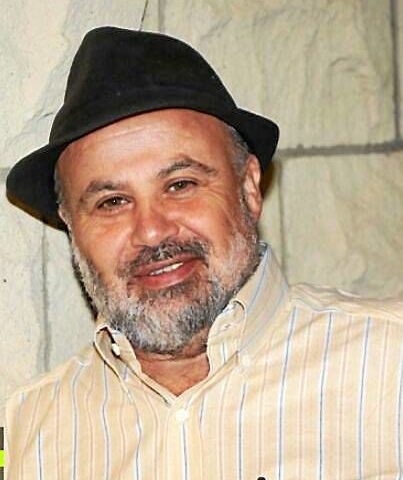 The Press & Guide:
By Imad Hamad
The images we saw of families torn apart at the U.S. border are deeply troubling and shed a brilliant light on America’s dysfunctional immigration system.

The Trump administration’s decision to end its policy and practice of separating immigrant families at the border is a first step in the right direction. The public backlash against the inhumane policy shows that while Americans want the law enforced, they want a country that respects human rights and a policy guided by ethics and morality as well as law.

Speaking out against the immoral practices at the border is not an attack on immigration agencies. The men and women who enforce our laws are overwhelmingly men and women of competence and integrity. The decision to divide families at the border is a political decision and the blame is on the politicians who have not been able to enact reasonable immigration law reforms that are consistent with American values and traditions.

We in the human rights community have strong allies in leaders of faith communities. The U.S. Conference of Catholic Bishops issued a statement highly critical of the government policy on separating families. The statement read in part: “Families are the foundational element of our society, and they must be able to stay together. While protecting our borders is important, we can and must do better as a government, and as a society, to find other ways to ensure that safety. Separating babies from their mothers is not the answer and is immoral.”

The Jewish Orthodox Union stated, in part: “(We) are deeply concerned about any steps taken that affect families and the parent/child relationship and “we believe that immigration, asylum and border security policies must also be fashioned and implemented in a manner that takes all steps possible to keep parents and children united.”

We wholeheartedly embrace the faith community leaders’ position and their statements. Human dignity and human worth is not measured by religious affiliation, nationality or immigration status.

The U.S. can enforce its laws in a humane way. It is not true that human rights and the law are incompatible. All government agencies have the awesome power of discretion in application of the law and morality and ethics are factors in the exercise of this discretion. The politicians and the political appoints have to remember that the U.S. is a democracy and a democracy is guided by the law and democratic values and respect for human rights.

Enforcement of the law should always be consistent with American values and respect for human rights.

Unfortunately, these most disturbing images will not be easily forgotten. However, we hope that this shock helps create the momentum for a sensible immigration reform.

The end of the policy of separating families and taking the children away from their parents at the border or inside the country shows that our politicians are responsive to public pressure. Activism and advocacy is not a vain undertaking. We can all make a difference.

Immigration reform is overdue and all elected officials at all levels – local, state and national – need to work together to help this country have the immigration law and policy it needs.