Healthcare is a basic Human Right and not a privilege for the well off in society: 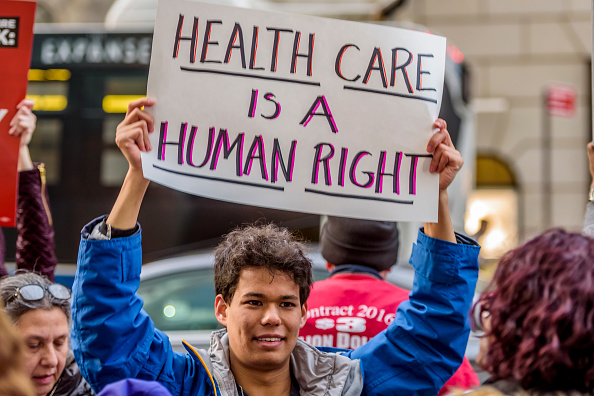 [October 18, 2017]: The American Human rights council (AHRC-USA) joins millions of Americans in rejecting the recent Presidential order to eliminate Obamacare. Millions of citizens are expected to lose the only means to obtain the much needed healthcare in order to survive, especially those with chronic diseases.

AHRC calls upon the US House and the US Senate to act in a bi-partisan way to help save this basic healthcare coverage to those in dire need. Healthcare is a basic human right that should not be only available to those well off enough to afford it.

Universal healthcare is the norm in rich countries in the world. The US should not be the exception. Healthcare should not be used as a political football when human lives are at stake.