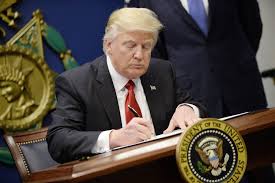 The third version of the Ban disallows nationals of a number of countries, primarily Muslim countries from admission into the United States.  The courts have disallowed the first Ban and the second Ban. Now the third Ban is also struck down by a federal judge. We expect the third ban to be appealed all the way to the Supreme Court.

“The  Ban idea is grounded in religious animus”,  said Imad Hamad, AHRC Executive Director. “it is motivated by the same improper motives that led to Muslim Ban 1 and Muslim Ban 2 being set aside,”  added Hamad. “we salute judges who stand up for American values and the Constitution and we urge the three branches of government to work together to keep the US a welcoming country for immigrants and non-immigrants,” concluded Hamad.