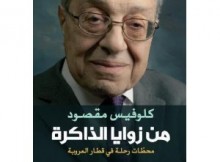 [Michigan, December 15, 2014]: Your inaugural meeting of AHRC’s mission (on Thursday- December 4, 2014) constitutes an opportunity to widen the framework of commitment to human rights and hopefully human security. The Arab American community which worked very hard to ensure the human and civil rights of Arab Americans but also of all Americans is deeply concerned at this juncture with what is taking place through the Arab world, which requires AHRC to act as an example to emulate civil societies thought the Arab nation to fulfill the requirements of having an abandonment of sectarian divide, religious conflicts and other flaws in the various economic and political systems that characterize many of the Arab states at this difficult moment of history.

Equally the national human rights of the Palestinian people as well as their human rights have to be achieved so that with Palestinian legitimate statehood will defuse not only their own problems but would satisfy the overall popular commitment of the Arab people to their cause and their dignity.  The world is witnessing a significant breakthrough of evidence that indicates growing public support for the Palestinian just cause as exemplified particularly by the Parliaments of Britain, Ireland, Spain, and only yesterday France, as well as the recognition of Palestine by the UN in 2012 as an observer state under occupation.

Your organization is a welcomed development that can spearhead initiatives of coordinating various civil rights organizations to commit to the basic principles that the UN Declaration of Human Rights, which will be celebrated on the 10th of this month, so that the values and culture of these rights will empower those who have been marginalized.  AHRC members, especially its Executive  Director, Imad Hamad, have a long experience in the service of these values.

It is my privilege to salute you all and wish AHRC to heal many wounds that still prevail as witnessed in Ferguson Missouri and be a dynamic component of the human and civil rights movement in the US.  I wish your endeavors the success in healing the many wounds that discrimination have inflicted and bring to the fore front the paramount position of human dignity through human rights.  With best wishes for your success and congratulations on your inauguration.

H.E. Dr. Clovis Maksoud, AHRC Honorary Chair:  A Lebanese national, Dr. Maksoud was the Chief Representative of the League of Arab States in India from 1961-1966. From 1967-1979, he served as the Senior Editor of Al-Ahram and then Chief Editor of Al-Nahar Weekly. Ambassador Maksoud was appointed as the League of Arab States’ Chief Representative to the United States and the United Nations on September 1, 1979. On August 15, 1990, he submitted his resignation from the League in the aftermath of Iraq’s invasion of Kuwait.  A lawyer, journalist and diplomat, Dr. Maksoud served as the Arab League Ambassador to India and South-East Asia from 1961-1966. Dr. Maksoud is the author of several articles and books on the Middle East and the global South, among them: “The Meaning of Non-Alignment,” “The Crisis of the Arab Left,” “Reflections on Afro-Asianism,” and “The Arab Image.” Clovis Maksoud was the Chairperson and Convener of many conferences  on environment and development, human rights, population, and disarmament. Born on December 17, 1928, Dr. Maksoud graduated from The American University of Beirut, went on to receive his J.D. from the George Washington University in Washington, DC and did post-graduate studies at Oxford University in Britain.