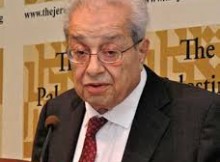 AHRC is a principal component of a growing constituency of conscience in the United States.The 10th of April 2015 AHRC semi annual dinner reception in Detroit is an opportunity to help empower a viable human rights organization and ensure the potential of enhancing its moral commitment to human rights as well as an authentic manifestation of human values. The authenticity of commitment emboldens efforts to render human needs a crucial component of human and human rights

This 10th of April  get together should seek to achieve an upper most priority to coordinate other human rights organizations throughout Michigan and the United States for the purpose of mutual reinforcement to confront on a national scale – as well as regional – those who seek deliberately to deny human rights and human needs.

Furthermore, the network of human rights organizations would collectively deter in a firm manner violations as well as enable effectiveness of providing the political system instant capacity to respond to violations and enhance its role as a corrective in healing the wounds that violating human rights have inflicted.

Wishing AHRC success in its endeavors to empower citizens in their commitment to human rights and humanitarian needs.

H.E. Dr. Clovis Maksoud, AHRC Honorary Chair:  A Lebanese national, Dr. Maksoud was the Chief Representative of the League of Arab States in India from 1961-1966. From 1967-1979, he served as the Senior Editor of Al-Ahram and then Chief Editor of Al-Nahar Weekly. Ambassador Maksoud was appointed as the League of Arab States’ Chief Representative to the United States and the United Nations on September 1, 1979. On August 15, 1990, he submitted his resignation from the League in the aftermath of Iraq’s invasion of Kuwait.  A lawyer, journalist and diplomat, Dr. Maksoud served as the Arab League Ambassador to India and South-East Asia from 1961-1966. Dr. Maksoud is the author of several articles and books on the Middle East and the global South, among them: “The Meaning of Non-Alignment,” “The Crisis of the Arab Left,” “Reflections on Afro-Asianism,” and “The Arab Image.” Clovis Maksoud was the Chairperson and Convener of many conferences  on environment and development, human rights, population, and disarmament. Born on December 17, 1928, Dr. Maksoud graduated from The American University of Beirut, went on to receive his J.D. from the George Washington University in Washington, DC and did post-graduate studies at Oxford University in Britain.