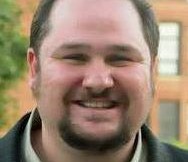 Last Month, I was honored to join the Executive Board of the American Human Rights Council (AHRC), a non-profit organization dedicated to protecting, promoting, and defending human rights.

A dynamic team of civil rights, business, labor, legal, community and committed defenders of human rights is being assembled to serve the needs of all people whose rights are being denied or violated.

Please join me at the AHRC Semi -Annual Fundraiser Dinner Reception that will be held on Friday April 10, 2015 at 6:00 p.m. at Byblos Banquet Center in Dearborn.

Your support during these critical times will make it possible for AHRC to expand our legislative work, media outreach and grassroots mobilization. Please contact our AHRC office and pledge your support today at 313- 914 3251 or via Email to: info@ahrcusa.org.

Please stand with the AHRC in “Protecting Humanity”.   Your participation is needed.

Attorney Isaac Robinson is currently an at-large officer of the 13th Congressional District Democratic Party and legislative aide to Detroit Council Member Gabe Leland. Previously, Robinson served as senior advisor to US House Judiciary Chairman John Conyers, Jr. and political director of Michigan Teamsters Joint Council #43.   Robinson’s transformative leadership in the Democratic Party over the past 12 years brought thousands of new activists into the political process and into party leadership positions across the state and nation.   Robinson was elected President of the Michigan Young Democrats in 2005 and National Vice-President of the Young Democrats of America in 2009.    As a college student at the University of Michigan in the late 90s, Robinson established a NAACP Chapter at the University of Michigan-Dearborn, was a co-founder of the Coalition to Defend Equal Opportunity, served on the steering committee for the Metropolitan Detroit AFL-CIO’s living wage campaign and worked as an organizer at SEIU Local 79.