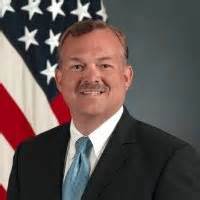 This year’s theme is “Together, We Stand Against Hate, Violence and Terrorism: Confronting Human-Made Disasters and Countering Hate”. This year’s reception will focus on the rapidly growing and ongoing challenge of acts of hate and violence including mass gun violence that make the challenge of mass violence a local, national and international concern. The program will include special guest remarks from several government law enforcement agencies and community leaders. This year’s program reflects diverse perspectives and views regarding this growing challenge facing the world today.

The American Human Rights Council (AHRC-USA) has always advocated for effective engagement and partnership between communities and the law enforcement agencies that serve them.

The event is by invitation only and limited to the invitees and supporters. Media are welcome to attend, however, we kindly request advance notice. More details regarding the event and its anticipated program will be released in the near future. For more information and/or sponsorship information please visit our website at: www.ahrcusa.org or contact us via Imad@ahrcusa.org or 313-790-8453.

Michael McDaniel serves as the Associate Dean, the Director of the Master of Laws in Homeland and National Security Law program and as a tenured Professor of Constitutional Law at WMU-Cooley Law School.

McDaniel previously served as the Deputy Assistant Secretary for Homeland Defense Strategy and Mission Assurance at the Department of Defense from 2009 to 2011.

Previously, General McDaniel was the Assistant Attorney General for Litigation in the Executive Division of the Michigan Department of Attorney General where he served for 20 years. McDaniel was a Visiting Professor in the National Security Institute at the Naval Postgraduate School in Monterey, California.

He is the recipient of many academic and community awards including the State Bar of Michigan Champion of Justice, the Zimbardo Award by the Naval Postgraduate School, the Distinguished Patriot Award by the City of Dearborn, for work on the DHS Task Force on Countering Violent Extremists, was presented with the Key to the City of Lansing, and inducted into the St. Bonaventure University ROTC Hall of Fame.

Dear author, Your story is published and below is a link to the publication http://www.thenigerianvoice.com/news/270509/brigadier-general-ret-michael-c-h-mcdaniel-will-be-ahrc.html