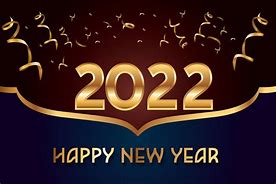 [Michigan, December 31, 2021]: There is no doubt that the year 2021, just like 2020, was a challenging year. Those two years were exceptional, changing living as we knew it around the world. Humanity faced one of the most dangerous and most serious challenge of Covid-19 and its variants. The virus, combined with related pressing challenges; economically, socially, and politically; put the world on a new path that challenged governments and societies.

Public health became a top concern. A pandemic that kills millions of people, largely discussed as a hypothetical before Covid- 19, became a lived reality. Regardless of the politics of the pandemic and its origins, the reality is that we have a virus that has mutated and still presents a major challenge to humanity. Our focus should be on saving lives. The most precious human right is the right to life. This challenge, unfortunately for us in the human rights community, has added to the other global challenges that humanity has always struggled with such as climate change, civil strife, famine and droughts.

The last two years impacted us the way it impacted all other non-profits. Despite all the challenges and the strained resources, AHRC managed to continue its work and is very determined to keep moving forward to help advance the cause of human rights, the culture of human dignity and human respect equally to every person.

AHRC’s caseload during the year 2021 did increase especially related to but not limited to immigration and prisons. The year 2021 was full of action for AHRC at all levels. AHRC addressed all issues of interests and concerns through its educational and awareness campaign, the AHRC News & Views newsletter, issued on a weekly basis.

The year 2021 witnessed a dramatic rise in gun violence and mass shootings, especially in the schools. This was combined with the increase of cyber threats. These challenges continue to require cooperation between communities and law enforcement agencies at all levels. We continue to advocate and work on a partnership model between law enforcement and community to tackle the many challenges our societies face.

Despite all the tough challenges, AHRC continues to be optimistic that human ingenuity, integrity and good faith can help us meet all challenges. We look forward for the year 2022 with full determination to continue our work on behalf of human rights. As we approach the end of 2021 year and welcome the new year of 2022, we extend our warm appreciation to all friends and supporters who supported AHRC during these exceptional times. You make our work possible and look forward to being partners in defending human rights in 2022 and beyond.

We pray and hope that the year 2022 will be a better year for all at home and abroad. We, like everyone else, are very eager to resume our work and activities in person.

On a final note, AHRC urges all to gift AHRC a year-end tax deductible donation. Your donation communicates your values. Every donation counts and no amount is too small. Donate via www.ahrcusa.org today and help AHRC defend and advance the culture of human rights.

AHRC urges all to celebrate the New Year responsibly and with vigilance as to the Covid-19 precautions. Happy New Year and best wishes to all.
###