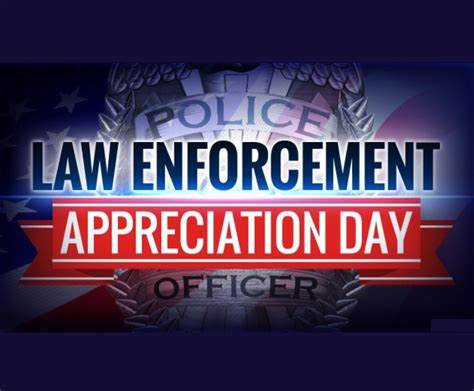 AHRC sincerely appreciates the service and unwavering dedication of our law enforcement communities. Law Enforcement and Police Officers are an integral component of a healthy and vibrant community. They work hard to keep citizens safe, even at the risk of their own lives.

AHRC reiterates the obvious to all decent law-abiding citizens and residents of the United States- those police officers are our sons, daughters, sisters, wives, fathers, friends and relatives- and above all our brothers and sisters in humanity. Overwhelmingly, they take the oath to protect us seriously and work tirelessly and honorably, often in very challenging circumstances. Their call to service, as first responders and their ultimate sacrifice is a true testament to their dedication.

In addition, this is a time to remember and honor the heroism of our nation’s fallen officers and support the families, friends and colleagues of these officers. AHRC strongly encourages local community members to honor, support and remember our fallen officers across metro Detroit and the nation. Their call to service as first responders and ultimate sacrifice is a true testament to their dedication and to their humanity.

“It is truly important that we commend and salute the extraordinary service of our officers at all levels in society,” stated Imad Hamad, AHRC Executive Director. “Their contribution to every community’s safety and well-being is immeasurable especially during the Corvid-19 crisis,” added Mr. Hamad. “A healthy community is always rooted in consistent and positive engagement and dialogue between its law enforcement and its residents and community partners,” Concluded Mr. Hamad.
#####