AHRC WELCOMES THE DHS TPS FOR CITIZENS OF NEPAL: 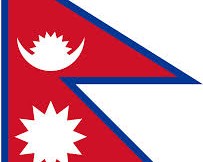 On April 25, 2015 Nepal coped with a severe and strong earthquake that rocked the country and caused extreme damages and destruction as well as good number of civilians casualties. Since then and Nepal is trying to deal with the aftermath of such disaster despite the continued aftershocks.