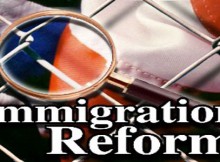 [Michigan, November 21, 2014]: The American Human rights Council (AHRC) welcomes the decision of President Obama to provide temporary relief from removal, formerly known as deportation, for millions of undocumented immigrants. For many years undocumented immigrants have been hopeful for a change in immigration law that would help them achieve legal status in the US. There are almost eleven million undocumented immigrants in the US.  The overwhelming majority of these immigrants are either working to help support their families abroad or helping raise or support American citizens or American permanent residents. President Obama’s Executive Order offers temporary relief from removal to an estimated five million immigrants who have children who are either American citizens or permanent residents. In his speech regarding his Executive Order, Mr. Obama rhetorically asked: “Are we a nation that tolerates the hypocrisy of a system where workers who pick our fruit and make our beds never have a chance to get right with the law?” We agree with the President that the current immigration system is broken and is in need of a major reform that can only happen in Congress. AHRC is hopeful that this small step will pave the way for  the President and the Congress to work together to overhaul the system.  Our broken immigration system puts millions of immigrants in situations where their human rights, particularly their right to dignity, freedom and right to life, are not respected.

“We applaud President Obama on taking this small step in the right direction. Undocumented immigrants over the years have had their hopes raised then dashed regarding the possibility of a reform of the system that would enable them to stay and work legally in the United States” said Imad Hamad, AHRC Acting Director.  “ Our nation cannot be a leader of the world in the area of human rights while having 11 million human beings daily living in fear and with their human rights threatened in every conceivable way,” continued  Imad Hamad, AHRC Acting Director.