AHRC CALLS FOR A TRANSPARENT REVIEW OF THE UAE’S LIST OF DESIGNATED “TERRORIST” ORGANIZATIONS: 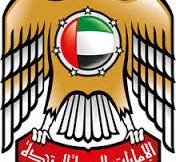 [Michigan, November 20, 2014]: The American Human Rights Council (AHRC) calls on the United Arab Emirates (UAE) to conduct a thorough and transparent review of the published list of alleged “terrorist organizations” especially as to the two prominent and well-respected American organizations such as CAIR, a prominent civil rights organization in the nation and the Muslim American Society (MAS), a leading community advocacy group in the USA. These two American organizations are legally and lawfully functioning in the USA and are well -supported by the Arab and Muslim American community at large. They are an integral part of the American make up and they have been serving the community for many years. They are honorable organizations engaging American society at all levels. The record, the achievements, and the accomplishments of these three organizations are clear. AHRC is alarmed by the UAE’s designation of these tow American organizations. AHRC urge the authorities in the UAE to review this classification. Such designation as noted is serious and brings its chilling effect on the Arab and Muslim American community that received the news with great shock. AHRC calls for a thorough review for the basis and information that lead to such wrongful designation.

“The community at large is at a loss to understand the UAE’s designation of these prominent and respected American organizations that have historically been maligned by groups intent on marginalizing Muslim Americans,” said Imad Hamad, AHRC Acting Director. “We hope that the UAE will conduct a transparent and fair review of such listing.” continued Hamad. ”

The UAE classified a large number of organizations. There is no indication of what criteria were used. The UAE is making a political statement without consideration for tarnishing the reputation of organizations and hard working and sincere activists,” said Professor Ihsan Alkhatib, AHRC Executive board member.