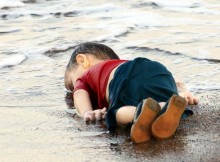 The American Human Rights Council (AHRC-USA) commends President Obama for his leading efforts to host 100, 000 Syrian refugees within the year 2016 in response to the escalating human crisis that Syrian civilians are enduring as a result of the ongoing conflict in Syria that has destroyed the country’s infrastructure and resulted in millions of people being displaced. The Syrian crisis is one of the most tragic crises facing the world today. The refugee crisis is a true challenge before the world’s community where people are risking their lives and the lives of their children in order to seek a safe haven. People are desperate for safety and normalcy. It’s the same cycle of human suffering that the world’s witnessed in Iraq and has been experiencing in Yemen. The tragedy is one facing the innocent of these troubled countries that find themselves, for reasons not within their control, in the midst of a violent conflict.