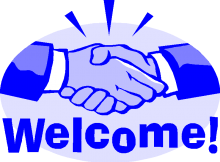 AHRC welcomes the addition of new AHRC Board members, Mr. Ibrahim Al Jahim, Atty. Isaac Robinson, and Mr. Abdulla Sheik. The entire AHRC family looks forward to working with our new members in serving the cause of human rights. AHRC is governed by its steering committee, executive board, and general membership, while guided by its advisory board, along with AHRC honorary members. Dr. Opada Alzohaili serves as the AHRC President. All of the aforementioned components work to address AHRC affairs, and provide valuable input. . “Our board members are our shining stars that guide us on the road to achieving our mission. We thank these remarkable individuals for taking the time to help us promote and enhance the cause of human rights,” said Imad Hamad, AHRC Executive director.