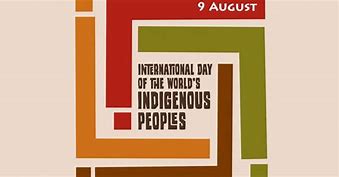 [Michigan, August 9, 2021]: The American Human Rights Council (AHRC-USA) joins the United Nations, countries around the world and other human rights organizations in recognizing and honoring the International Day of the World’s Indigenous Peoples that falls annually on August 9. (https://www.un.org/en/)

The General Assembly adopted the United Nations Declaration on the Rights of Indigenous Peoples on September 13, 2017, a major milestone with respect to the cooperation and solidarity between indigenous peoples and Member States.

“It is important that the global community continues to work in support of the world’s indigenous peoples to ensure the preservation of their cultures, systems, and languages,” said Imad Hamad, AHRC Executive Director. “AHRC is committed to promoting and advancing the human rights and human dignity of all of the world’s peoples, especially the indigenous peoples who continue to face challenges to fully exercising their human rights,” added Mr. Hamad.

Save the date: AHRC “Spirit of Humanity” Gala 2021

The American Human rights Council (AHRC-USA) is pleased to announce its annual AHRC “Spirit of Humanity” Awards Gala that will be held on Friday, October 22, 2021 at 6:00 p.m. Due to Covid-19 pandemic crisis, the gala’s location, program and details will be released and announced in the future.

These are challenging times. It is our common humanity that we are determined to protect. To donate, please visit: www.ahrcusa.org  for safe & secured donation

AHRC News & Views- Media & Information: (313) 9143251- NGO in Consultative Status with the Economic and Social Council (ECOSOC) of the United Nations