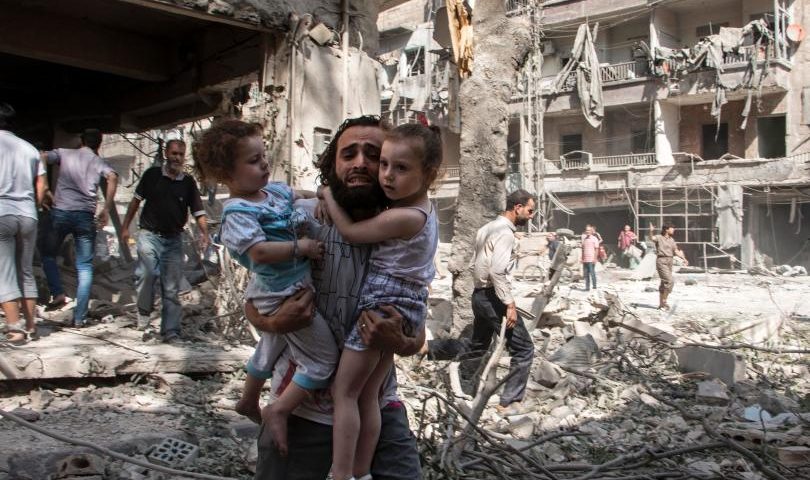 The American Human Rights Council (AHRC-USA) joins the rest of the world’s human rights community in demanding the intervention of world powers to end the ongoing human tragedy in Aleppo. Noncombatants in Aleppo are living in what is, for all practical reasons, a large killing zone. The current humanitarian crisis in Aleppo mandates an immediate intervention to lift the siege and save the lives of hundreds of thousands of people.

AHRC-USA calls upon the parties to the conflict in Syria to respect international humanitarian law. AHRC-USA condemns the targeting of non-combatants, healthcare facilities, relief agencies, shelters, rescue teams and the use of hapless civilians as human shields.

“We are truly shocked at the magnitude of human suffering in Syria, especially in Aleppo,” said Imad Hamad, AHRC Executive director.” “We call on all world powers to exert real efforts to put an end to this tragedy,” said Hamad.