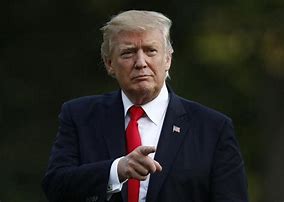 The American Human Rights Council (AHRC-USA) urges President Trump to cancel his directive to the Department of Homeland security (DHS) and its agencies regarding raids intended to produce mass deportations of undocumented immigrants.

These raids were scheduled to start this Sunday June 30 in ten cities around the country. President Trump, however, recently ordered a two week delay allegedly to give Congress time to revamp asylum law.

While we welcome the delay, we urge that the order be rescinded completely. The issue of immigration is not only a legal issue, it is a political and human rights issue as well. Immigration enforcement affects families and communities. These raids and the threat of raids is very disruptive to the lives of millions of American citizens and the undocumented who have made the US their home. While there are immigrants, documented and undocumented, as well as citizens, who commit crimes, the overwhelming majority of the undocumented have committed no crimes. Overstaying authorized stay is a civil infraction, not a crime.

Immigration is a hot topic but it has been an issue throughout the nation’s history. We urge a revision of the law that is consistent with the nation’s values and commitment to human rights.
AHRC is deeply troubled by the use of immigration as a political football. Immigration law and enforcement affect real human beings. We urge the President to stop using immigration enforcement as leverage in his battles with the Democrats in Congress.

AHRC stands with all organizations advocating for a stop to these raids. AHRC understands that the agencies and their employees are not the decision makers. The issue is political and the blame is with the politicians who have not been able to reform the broken immigration system. However, everyone should be mindful of the negative impact of these politically motivated raids on the trust that was built through years of community government partnership and constructive engagement.

AHRC will continue to monitor this situation closely and will always advocate for human rights of everyone regardless of citizenship status. AHRC appreciates the position of states, cities, localities and police departments that affirmed that they are not going to take part in immigration raids.

“Communities and law enforcement have spent years building trust and partnerships and these raids, without justification as to public safety, threaten these partnerships,” said Imad Hamad, AHRC Executive Director. “We urge all politicians to stop using immigrants as a political football and instead work on passing a modern workable immigration system,” concluded Hamad.