AHRC urges President Trump to bail out the US Postal Service 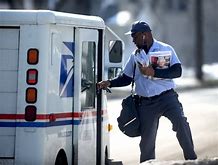 The American Human Rights Council (AHRC-USA) urges President Trump and Congress to provide all the necessary assistance to the US Postal service (USPS).

The US Postal service is as essential. All postal service personnel and carriers have been providing a vital service to the country. Like first responders such as health-care workers and law enforcement, they are at the front line bravely serving the American public, providing services at reasonable price. They deserve all the support they need to continue to serve the nation.

USPS employees are risking their health and life serving all Americans across the country. AHRC appeals to President Trump and Congress to provide USPS with the needed resources to be able to continue to advance its mission of serving the American people. The drafters of the US Constitution considered postal services vital to building a nation that Article 1, Section 8 states names establishing post offices and post roads as a federal power. USPS is still a vital American institution.

“We urge all elected officials to show support to the USPS by providing it with the needed funds to continue to operate,” said Imad Hamad, AHRC Executive Director. “All Americans appreciate the dedication of USPS to serving all Americans everyone during these very challenging times,” concluded Hamad.
###
Dear author,
Your story is published and below is a link to the publication
http://www.thenigerianvoice.com/news/287220/ahrc-urges-president-trump-to-bail-out-the-us-postal-service.html
https://www.pressandguide.com/news/ahrc-urges-president-trump-to-bail-out-the-us-postal-service/article_3cc563e6-831c-11ea-98c7-9726b7789f72.html

AHRC urges President Trump to bail out the US Postal Service:

Donate to AHRC:
“These are challenging times,” said Mr. Naveed Ashraf, AHRC Board Vice President. “It is our common humanity that we are determined to protect. I urge you to help AHRC so it continue to help those who need it,” concluded Ashraf.
To donate, please visit: www.ahrcusa.org for safe & secured donation