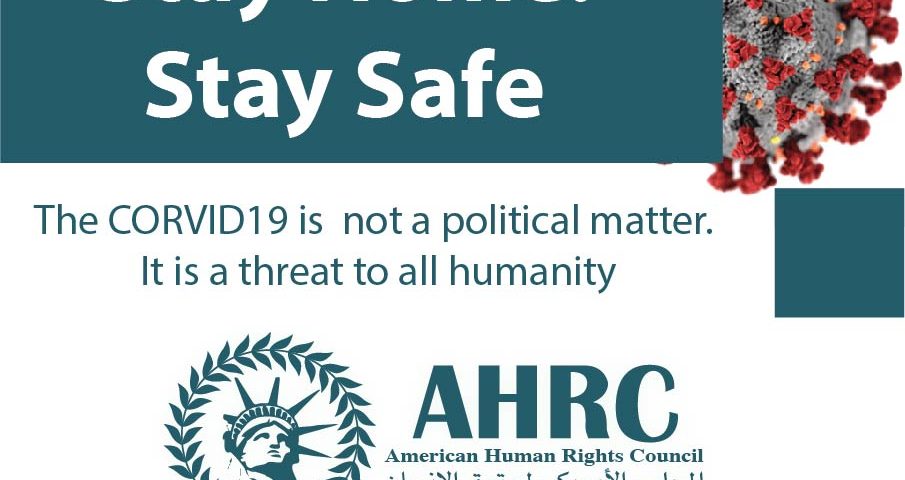 The American Human Rights Council (AHRC-USA) in compliance with government instructions has closed its physical office to the public and is working remotely.

AHRC and its volunteers continue to work and address concerns especially related to prisoners’ and immigration detainees’ issues. We ask for patience. We are experiencing a heavy volume of calls and inquiries as many are not only seeking assistance related to complaints but looking for directions and resources to help them through these exceptional times.

Due to the increased volume of calls and inquiries, AHRC will do its utmost effort to respond in a timely fashion. AHRC understands the distress and anxiety of many who are very concerned about their loved ones during this crisis. AHRC requests that those who need assistance, to call our office number 313-914-3251 or contact us via email at: info@ahrcusa.org

AHRC expresses its sincere condolences to all who lost loved-ones during this virus crisis. AHRC wishes all sickened by the virus a speedy recover.

“Our Office and volunteers are doing the best possible under these most difficult times to help and assist those in need,” said Dr. Saleh Muslah, AHRC Board President. “AHRC like all others, is committed to serve all despite its limited resources,” continued Dr. Muslah. “I urge everyone to keep AHRC on their mind and help it with a donation ” concluded Dr. Muslah.

“These are challenging times,” said Mr. Naveed Ashraf, AHRC Board Vice President. “It is our common humanity that we are determined to protect. I urge you to help AHRC so it continue to help those who need it,” concluded Ashraf.