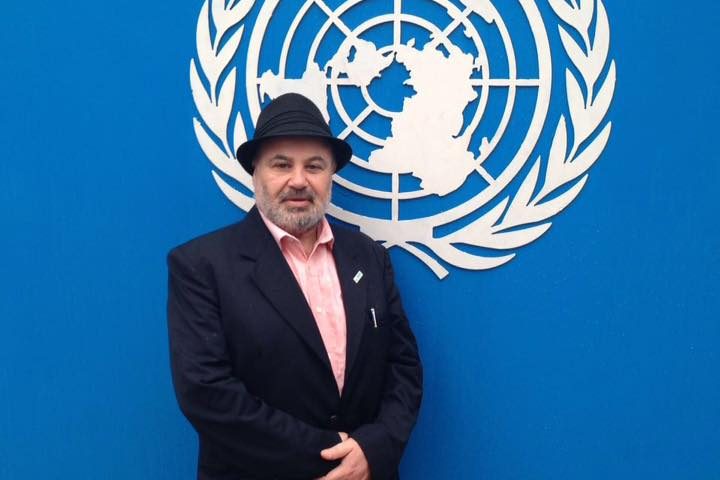 Imad Hamad, AHRC Executive Director, headed a delegation that paid a protocol visit to Dr. Rima Khalaf, UN Undersecretary and Executive Secretary of ESCAWA. AHRC-USA presented Dr. Khalaf, with the City of Dearborn Medal. Earlier in the year, Dr. Khalaf was scheduled to be the keynote speaker at AHRC’s Spirit of Humanity Gala but was not able to attend due to the sudden death of her brother. The meeting was an opportunity to convey the condolences of the AHRC family to Dr. Khalaf.

AHRC-USA discussed with Dr. Khalaf issues important to the human rights work of AHRC. The discussion focused on key issues of mutual interest such as the Syrian refugees, the Palestinian refugees in Lebanon, the building of the wall around the Ain El Hilweh refugee camp, the threat of radicalization and the spread of hate around the world and the efforts of the human rights community in countering hate.

“It is always great to meet with Dr. Khalaf and learn from her about issues of importance to AHRC,” said Hamad. “We appreciate her hospitality and the opportunity to visit ESCWA and learn more about their work. We look forward to continue our work with ESCWA and other UN agencies in promoting human rights and human dignity,” concluded Hamad.