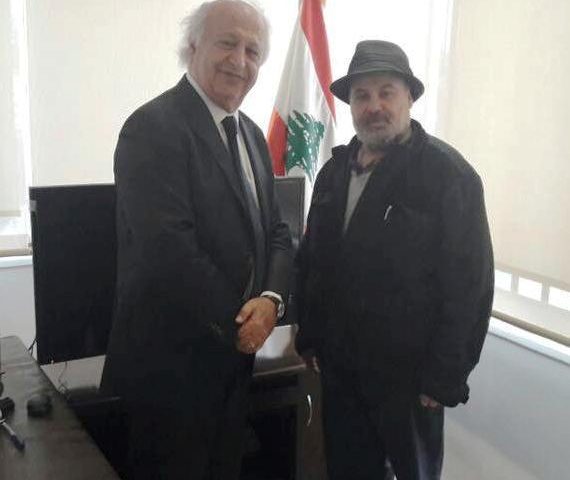 The American Human Rights Council (AHRC-USA) visited the new site of the Judicial Courthouse and Palace for the District of Nabatiyah, South of Lebanon early this month and met with the Honorable Chief Judge Bernard Choueiri. Judge Choueiri was the recipient of AHRC Tribute of Leadership Award at AHRC Spirits of Humanity Gala that was held on May 12, 2016 in Dearborn, Michigan.

AHRC-USA had the opportunity to listen to Judge Choueiri explain key features of the Lebanese judicial system that has similarities to and differences from America’s judicial system. AHRC-USA also learned about the issues that the Lebanese judiciary deals with.
AHRC-USA also had the opportunity to visit the location of the new Courthouse and learned about the project. Judge Choueiri expressed his appreciation of the work of AHRC and conveyed his warm regards to AHRC and its friends and supporters.

“We were delighted to visit the site of the new Courthouse. The Lebanese judiciary often operates under challenging circumstances,” said Imad Hamad, AHRC Executive Director.
“Judges are crucial to the protection and respect of human rights and we salute the work they do in upholding human rights” continued Hamad.