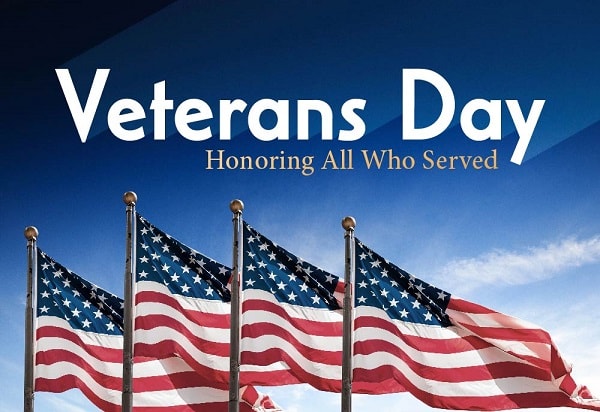 The American Human Rights Council (AHRC-USA) joins the nation in observing Veterans Day in America. Veterans Day, formerly known as Armistice that falls on Sunday November 11 and is observed as an official holiday on Monday November 12, 2018. The holiday is an occasion to recognize the sacrifices of those who served in the armed forces of the United States.

AHRC urges all citizens to participate in the activities recognizing this occasion across Michigan and throughout the nation. On Sunday, November 11, 2018, at 11:00 a.m., the city of Dearborn will be holding its Veterans Day celebration that will be held at its Ford Community and Performing Arts Center.

“American veterans continue to face challenges transitioning to civilian life,” said Imad Hamad, AHRC Executive Director.  “Veterans day is a reminder of the sacrifices that America’s men and women in uniform make every day and the debt that the country owes them,” added Hamad.