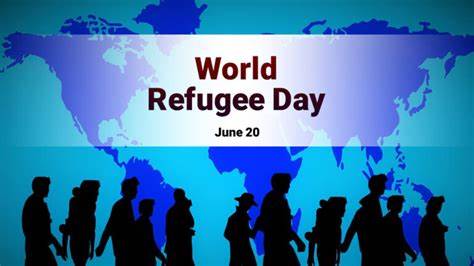 [Michigan, June 20, 2021]:The American Human Rights Council (AHRC-USA) joins the United Nations and the global community in recognizing World Refugee Day which is observed June 20 of every year. This day has been set aside by the United Nations in order to raise awareness and build support and change within the global community on behalf of the world’s forcibly displaced people.

The refugee crisis is a global problem. We urge the world community to work more seriously on repatriating or resettling the refugees of the world. Refugees face challenges due to their statelessness. The state system is organized around states and citizens’ rights. Being a refugee presents a harsh reality for human beings who do not have the protection of a country.

There are millions of people in the world who are living in truly challenging circumstances. Currently, only a fraction of the refugees and displaced people are receiving the help they need, including the relief of resettlement. Refugees, stateless, and internally displaced people are one of the world’s most vulnerable populations.

On their journeys to seek shelter and safety, Refugees are often forced to trek very dangerous paths by air, land, and sea only to be met with apathy, fear, and indifference at the borders of the governments and societies of which they seek assistance. For this very vulnerable global population, their human rights and regard for their dignity are often last to be upheld and maintained.

“It is imperative that governments, civil society and individuals step up and work together to alleviate the suffering of those who have had to flee their homes, their livelihoods, and in many cases their culture and languages in order to be safe and secure. Safety and security are a basic human right of which we are all entitled,” said Imad Hamad, AHRC Executive Director.

Dear author,
Your story is published and below is a link to the publication
http://www.thenigerianvoice.com/news/299605/ahrc-observes-united-nations-world-refugee-day-june-20.html

###
Save the date: AHRC “Spirit of Humanity” Gala 2021
The American Human rights Council (AHRC-USA) is pleased to announce its annual AHRC “Spirit of Humanity” Awards Gala that will be held on Friday, October 22, 2021 at 6:00 p.m. Due to Covid-19 pandemic crisis, the gala’s location, program and details will be released and announced in the future.