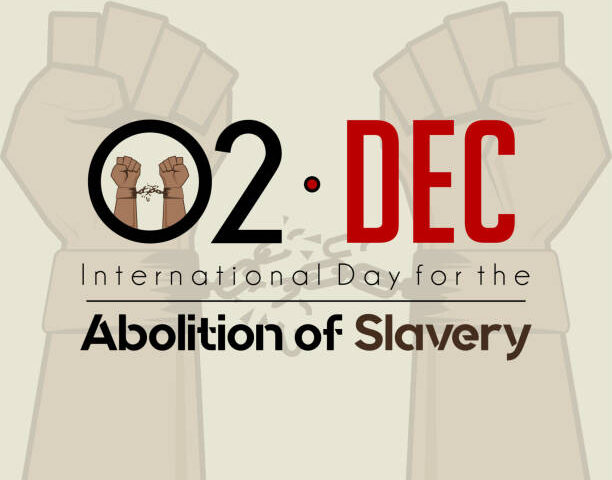 [Michigan, December 2, 2020]:The American Human Rights Council (AHRC-USA) joins the United Nations and the rest of the world community in observing the International Day for the Abolition of Slavery. The day is observed annually on December 2.

This day was established by the United Nations to recognize the historical trauma of the slave trade over the centuries and to remember slavery and to celebrate the abolition of slavery in most of the world.

The reality is that slavery has not been completely abolished. It continues in different forms and is not limited to the less developed world. Many people from vulnerable populations live in slavery- like conditions.

“Humanity has come a long way from truly oppressive practices that robbed our fellow human beings of what it means to be human,” said Imad Hamad, AHRC Executive Director.” “We can continue to work together to raise awareness of ongoing problems and work together for solutions,” concluded Hamad.

AHRC Observes the International Day for the Abolition of Slavery

Donate to AHRC:
These are challenging times. It is our common humanity that we are determined to protect. To donate, please visit: www.ahrcusa.org for safe & secured donation
# # #
AHRC News & Views
Media & Information: 313-790-8453
NGO in Consultative Status with the Economic and Social Council (ECOSOC) of the United Nations