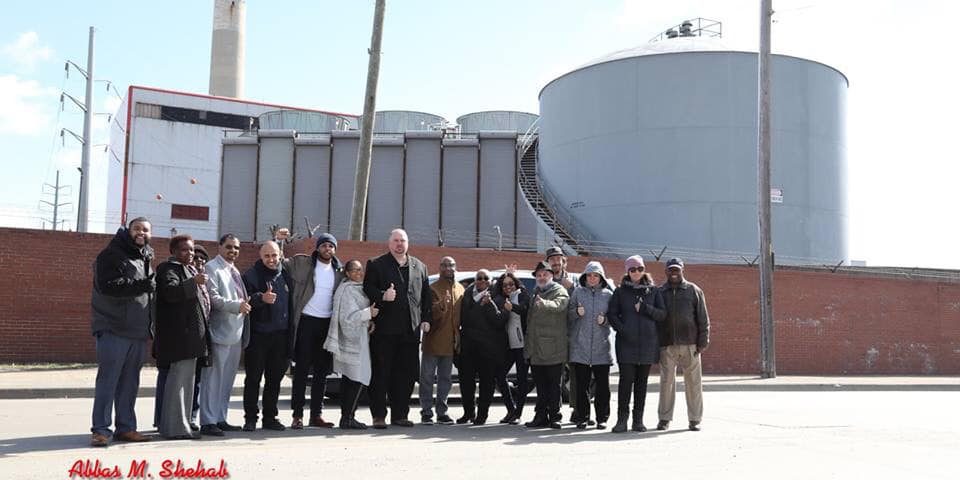 DETROIT — State Reps. Isaac Robinson (D-Detroit), Jewell Jones (D-Dearborn Heights and Inkster), Karen Whitsett (D-Detroit), LaTayna Garrett (D-Detroit) in partnership with Wayne County Commissioner Jewel Ware , Imad Hamad, Executive Director of the American Human Rights Council, Sam Alasri of YAPAC, and Rev. Sharon Buttry of Hamtramck Community Initiative, will be holding a press conference in front of the recently shut down Detroit Renewable Power incinerator. Operations are expected to conclude this week followed by a complete shutdown in an additional 60-90 days. The press conference will be held on Monday, April 1, 2019 at 11:00AM at the Detroit Renewable Power located at 5700 Russell St. in Detroit.

The Detroit Renewable Power incinerator, near the interchange of I-75 and I-94, has been a source of anger and concern for many nearby residents who have raised concerns about strong odors and noise originating from the facility for years. Residents are skeptical about the shutdown and are concerned that the Detroit incinerator may reopen in the future.

Detroiters are hospitalized with asthma at three times the rate of the rest of Michigan. My constituents near the incinerator are hospitalized at 5 times the rate. The residents of Hamtramck and Detroit have had to endure toxic fumes, burnt trash and foul odors for 33 years. I am committed to permanently stopping another bad actor from burning trash in Detroit. We must be committed to finding alternative work for incinerator employees and renew our commitment to recycling.

“For 33 years, the Detroit incinerator infringed upon our human rights and our right to clean air. A permanent ban on municipal incineration will help guarantee an improved quality of life for neighboring residents and reduce asthma-related hospitalizations” said Imad Hamad, AHRC Executive Director. “Public health and Public Safety are basic human rights that must be protected and not be compromised under any circumstances” continued Hamad.