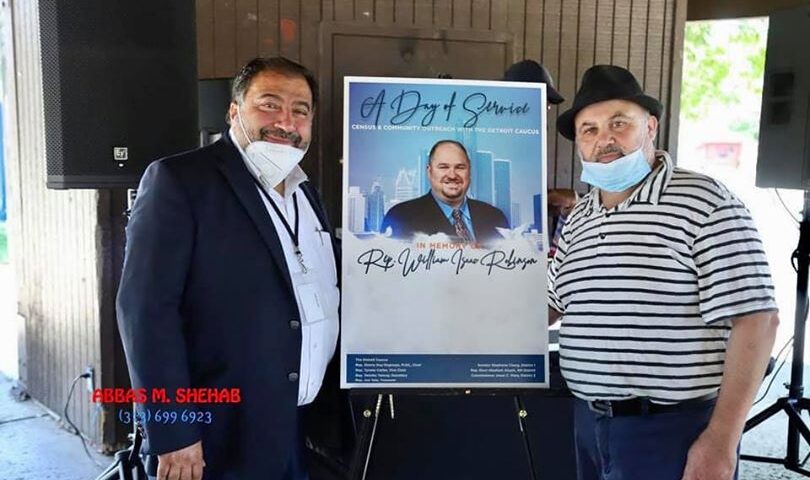 On August 20, Governor Gretchen Whitmer issued an order to lower flags to half-staff on Friday, August 21, 2020, in recognition of the late State Rep. Isaac Robinson 45th birthday. Flags will return to full-staff on Saturday, August 22, 2020.

AHRC salutes Governor Whitmer for this tribute honoring Rep. Robinson’s legacy and contributions. Representative Robinson was a key member, a shining star, of the AHRC network of friends, partners and supporters.

Today, The American Human Rights Council (AHRC-USA) joined Rep. Isaac Robinson ‘s family, friends, elected officials and colleagues from across the State of Michigan, celebrating the late Rep. Isaac Robinson’s forty fifth birthday on August twenty first. The celebration reflected the common passion, conviction and dedication that Rep. Isaac Robinson possessed through his years of activism and public service. Today’s gathering was a celebration of the life of Mr. Robinson. The event was hosted by the Detroit Caucus.

Rep. Isaac Robinson is the son of former State Rep. Rose Mary Robinson. He was elected in 2018 and his district (District 4) includes Hamtramck and part of central Detroit. Rep. Robinson was a straight shooter, and blunt but with utmost respect and professionalism. He was very social. He connected with people of all kinds of backgrounds. Rep. Robinson passing is a true loss to the social justice, civil rights and human rights community.

Rep. Isaac Robinson was a founding member of the American Human Rights Council (AHRC). He was a devoted public servant who served his district and the people of Michigan with honor and selfless dedication. He was a tireless fighter and a strong advocate for social justice and equality. Even though he was a man with a sense of humor and an easy smile, he had steely determination. He never hesitated to give a helping hand to anyone who asked for his assistance.

AHRC and other community partners and Rep. Robinson’s friends will be planning a memorial on his behalf, once the circumstances allow.

“At AHRC, and myself personally, we felt the loss deeply as a personal loss,” said Imad Hamad, AHRC Executive Director. “Isaac was our friend and indispensable partner in carrying out our mission,” added Hamad. “We deeply mourn his loss,” concluded Hamad.

News Link:
https://www.thenigerianvoice.com/news/291033/ahrc-joins-gathering-honoring-the-late-rep-isaac-robinson.html
# # # #
Donate to AHRC:
These are challenging times. It is our common humanity that we are determined to protect. To donate, please visit: www.ahrcusa.org for safe & secured donation