AHRC is alarmed by the rise of anti-Muslim hate crimes across the nation, urges vigilance: 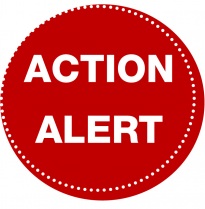 The American Human Rights Council (AHRC-USA) is deeply troubled by several reports of increased incidence of anti Muslim crimes across the nation. These hate crimes have targeted houses of worship, community centers, schools and individuals. These crimes  include an incident at the University of Michigan in An Arbor where a Muslim American female student who was threatened  to “remover her Hijab (head cover)” or she will be set on fire. The student complied to avoid further harm.

AHRC-USA calls for vigilance and encourages the reporting of suspicious activity to local law enforcement or to the FBI office in your area. AHRC-USA urges Muslim Americans and those perceived as Muslim to not take threats lightly.

AHRC reiterates its position that charged divisive political rhetoric has a corrosive effect on the fabric of this nation.  One can draw a straight line from hate speech to hate crimes and other forms of illegal discrimination. The FBI has reported that there is a national surge in hate crime that has been mostly directed at Muslims. We unequivocally condemn all hate crimes regardless of the identity of the perpetrator and the identity of the victim.

AHRC recognizes law enforcement agencies, local, state, and federal for their vigilance and for their taking violations of the rights of Muslims very seriously. We urge them to continue their efforts to ensure the safety of Muslim Americans and their houses of worship. We urge law enforcement to increase their engagement efforts with the Muslim American community that finds itself at the center of a hate crime wave.