AHRC: Human trafficking is a crime against humanity: 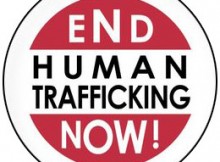 The American Human Rights Council (AHRC) joins the nation and the rest of the world’s community in fighting the crime of human trafficking and the crime of human slavery. Human trafficking and human slavery are crimes against humanity and constitute a growing challenge facing the world.  The challenge is present all over the world. No country and no nation can be free of such a challenge that requires strategic planning, partnerships and effective awareness, education and action combating this human tragedy.

According to the International Labor Organization (ILO), forced labor in the private economy reaps some $150 billion in illicit profits each year.   Effectively dealing with human trafficking requires all nations to recognize the problem, and accept the responsibility to prevent, identify, and aggressively combat this crime. No country can claim immunity from the scourge of human rights abuses, or from the responsibility to confront them.

“Human trafficking and slavery are serious crimes that have not been dealt with the urgency that is warranted by the magnitude of the problem. These are global problems that need a concerted world effort to combat. No country is free of these problems” Said Imad Hamad,  AHRC Executive Director.  “Few Americans are aware that there is human trafficking and human slavery in the US itself. It is our moral responsibility as American citizens and as American NGOs to draw attention to these serious challenges and work on being a part of the solution,” continued Hamad.