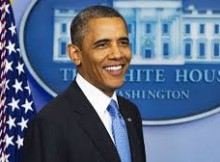 The American Human Rights Council (AHRC-USA) commends President Obama for addressing the overdue and much needed reforms of our criminal justice system. President Obama became the first sitting US President to visit a federal correctional facility when he visited El Reno Correctional Institution in El Reno, Oklahoma, on Thursday July 16, 2015.

“This is part of our effort to highlight both the challenges and opportunities we face with respect to the criminal justice system,” President Obama said in a press conference during the visit.

We strongly agree with President Obama that our criminal justice system in many parts is outdated and requires serious reforms. Time is due for the federal government and the 50 states to conduct a comprehensive review addressing this challenge. Our incarceration rate is too high and is not justified by crime fighting and prevention needs. New initiatives are needed to reduce our incarceration rate and help those incarcerated.  We need to focus on rehabilitation by providing inmates more opportunities to prepare for life after incarceration.

AHRC stresses that our justice system is in dire need of reform. The need for reform is not only due to the system being financially untenable but because of the toll it takes on those who encounter it and their families.

“All reasonable people agree that the American criminal justice system needs major reform,” said Imad Hamad, AHRC Executive Director. “ The system is broken. We can be safe while having a humane, modern and effective justice system”  continued Hamad.