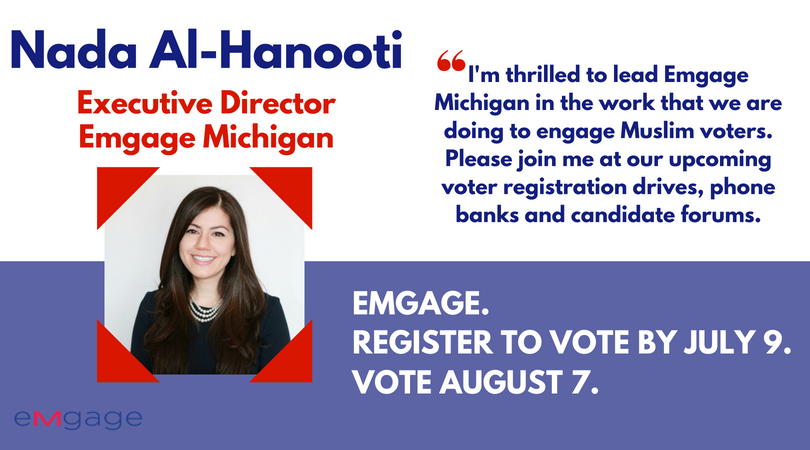 Emgage is a national non-profit and non-partisan civic education and engagement organization.  According to EMGAGE’s press release issued on June 8, 2018, Ms Al-Hanooti brings to the position both deep experience in grassroots organizing and an extensive knowledge of political advocacy. Ms Al Hanooti has first hand- experience with politics. In 2017, during her campaign for city council, Nada knocked on over 4,000 doors, speaking to citizens of all kinds of backgrounds.

Ms Al-Hanooti received her B.A. in Political Science and Journalism from the University of Michigan-Dearborn and her Masters in Women and Gender Studies from Eastern Michigan University.

Ms Al-Hanooti is the daughter of AHRC’s Board member  and longtime- community activist and leader, Mr. Muthanna al Hanooti. Activism and community is a family tradition for the Hanootis.

“We congratulate Nada on this appointment and wish her success in her new role,” said Dr. Ihsan Alkhatib, Murray State University associate professor and AHRC advisory board member.