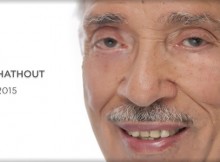 AHRC extends its condolences to MPAC and the Hathout’s family. Dr. Hathout will be truly missed, remembered and his legacy will live on.