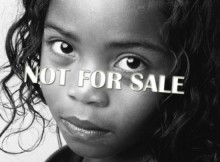 {Michigan, January 5, 2015]: The American Human Rights Council (AHRC) joins the nation and the rest of the world’s community in fighting the crime of human trafficking and the crime of human slavery. Human trafficking and human slavery are growing challenges before us in America as well as across the world.  AHRC salutes President Obama’s leading efforts championing the fight against these heinous crimes against humanity by declaring the month of January as the month of awareness, education and action combating this human tragedy.

‘We cannot strengthen global efforts to end modern slavery without first accepting the responsibility to prevent, identify, and aggressively combat this crime at home. No country can claim immunity from the scourge of human rights abuses, or from the responsibility to confront them. As evidence of our dedication to a universal struggle against this heinous practice, the Department of State’s “Trafficking in Persons Report 2010″ included America in its rankings for the first time, measuring our efforts by the same standards to which we hold other nations. Looking ahead, we must continue to aggressively investigate and prosecute human trafficking cases within our own borders’ said President B. Obama.

According to Reuters news agency, Pope Francis also drew attention to these serious crimes.  “In order to eliminate it, we need a mobilization comparable in size to that of the phenomenon itself,” said Pope Francis in his message sent to heads of state and government, international institutions and religious leaders.

“Human trafficking and slavery are serious crimes that have not been dealt with the urgency that is warranted by the magnitude of the problem. These are global problems that need a concerted world effort to combat. No country is free of these problems” Said Imad Hamad,  AHRC Executive Director.  “Few Americans are aware that there is human trafficking and human slavery in the US itself. It is our moral responsibility as American citizens and as American NGOs to draw attention to these serious challenges and work on being a part of the solution,”  continued Hamad.