AHRC Condemns the violence in Charlottesville, calls for civil dialogue among all Americans- Erase the Hate 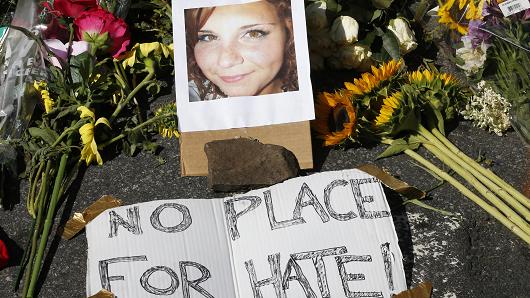 The American Human Rights Council (AHRC-USA) believes that there is a right to protest and a right to counter protest, peacefully. The holder of every view, no matter how vile, under our Constitution and laws, has the right to peacefully express it. While we condemn racist speech, we urge all Americans to be guided by our democratic and constitutional values that have a very high ceiling for protected speech.

The American Human Rights Council (AHRC-USA) affirms that racism, hate, violence and terror recognizes no race, ethnicity, color, faith, or nationality. It’s a blind statement against our common human decency and our core human values. This act of hate and violence bear no justification under all circumstances. This tragic encounter serves as a reminder that hate divides us and hate compromises the strength of our rich American diversity and the values we hold dearly in America.

AHRC strongly condemns the violence that resulted in the death of an innocent activist, Ms Heather Heyer. We send our condolences to her family and wish the injured speedy recover.