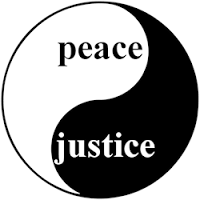 The American Human Rights Council (AHRC-USA) expresses its grave concerns regarding the use of violence against peaceful protesters in Iraq. Reports indicate that 20 protesters have died while hundreds were injured by gun fire.

Peaceful protest is a human right. Iraq is a member of the UN and is bound by its Charter that guarantees the right to peaceful protest. The Iraqi Constitution also guarantees freedom of speech. The peaceful protesters are expressing their basic human rights protesting the extreme economic hardships, corruption and the miserable living standards in Iraq. Their quest for fair and adequate living standards should not be met by violence by the Iraqi army and others operating under the color of law.

AHRC calls upon the Iraqi government to respect the human rights of its own citizens and refrain from using violence to suppress their freedom of speech. AHRC calls on the United Nations to investigate the use of violence against protesters and for the international community to hold the Iraqi government accountable for its actions.

“It is depressing to see peaceful protesters fired upon for protesting intolerable living conditions and asking for their basic rights,” said Imad Hamad, AHRC Executive Director. “We call on the Iraqi government to prosecute those who fired on the peaceful protesters and to respect its international obligations and commitments,” concluded Hamad.