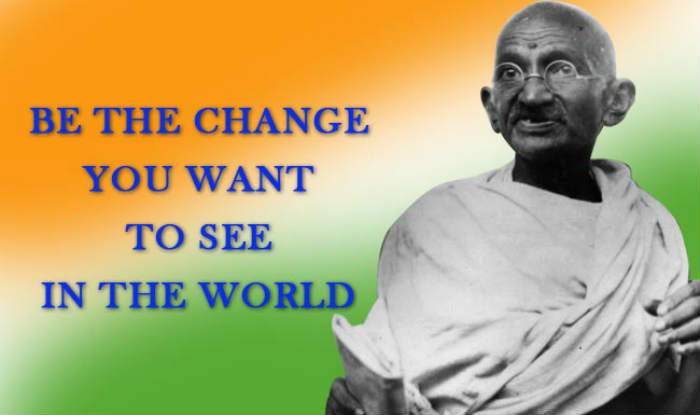 The American Human Rights Council (AHRC-USA) joins the United Nations and peace-loving people around the world in recognizing the International Day of Non-Violence on October 2, 2019.

This important day is in honor of renowned Indian leader legend Mahatma Gandhi, a world figure that embodied peace, justice, equality, human rights and human dignity. The resolution reaffirms “the universal relevance of the principle of non-violence” and the desire “to secure a culture of peace, tolerance, understanding and non-violence.” Gandhi inspired non-violence as a means of change around the world. He inspired the civil rights movement in the US to confront racism and injustice through peaceful means. While Gandhi never visited the US, he had a big following in the US and many admirers of his asceticism. Gandhi was killed by a Hindu fanatic who objected to Gandhi’s extending the same rights enjoyed by Hindus in India to Christians and Muslims.

The International Day of Non-Violence is a time set aside by the United Nations to encourage global community discussions and action in pursuit of peace, peaceful resolution to conflict, and awareness and acceptance of the rich and unique diversity of all of humanity. This year’s International Day of Non-violence is observed in a world that is experiencing ongoing strife in more than one country.

As to India today, it is especially disheartening to see Gandhi’s India devolve into a country led by Hindu nationalists who ignore the long legacy of Indian tolerance and embrace of a marvelous diversity. India is one of the most diverse nations on earth. Today we see it blatantly discriminating against Indians who are not Hindu. The latest violations in Kashmir fit into the pattern of abuses of minorities in by a Hindu nationalist regime that dishonors Gandhi’s legacy..

“Gandhi is a role model for all of us in his humility, service and sacrifice,” said Imad Hamad, AHRC Executive Director. “Gandhi did not stand for passivity in the face of injustice, he confronted injustice with non-violence,” added Hamad. “Gandhi represents non-violence as well as commitment to confronting injustice by peaceful means,” concluded Hamad.

To learn more about the International Day of Non-Violence, please visit http://www.un.org/en/events/nonviolenceday/index.shtml

Your story is published and below is a link to the publication
http://www.thenigerianvoice.com/news/282136/american-human-rights-council-ahrc-usa-observes-internatio.html