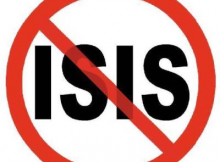 The American Human Rights Council (AHRC-U SA) joins the world’s community in condemning the terrorist attack that took place in the town of Soussee, a Tunisian resort.  This attack claimed over 37 tourists killed and over 40 others injured according to news reports. The Tunisian authorities managed to kill the shooter and conducted swift investigation regarding other possible affiliates.

AHRC also strongly condemns the horrific crime and act of terror committed in France where an individual  decapitated his boss and caused an explosion at an American-owned energy factory.  AHRC expresses its condolences to the victim’s families and wish all injured a speedy recovery. AHRC affirms that acts of hate and terror are our common enemy and must be met with swift action.

“Humanity unites us, the merchants of division and death try to divide us. A terror attack that kills even one person is a tragedy. We hope that the world remains united in facing down hate and terror anywhere in the world regardless of who is the victim and who is the perpetrator,” stated Imad Hamad, AHRC executive director.