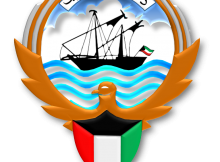 The American Human Rights Council (AHRC-USA) strongly condemns the terrorist attack that targeted the Shia Al-Sadiq mosque in Kuwait  on Friday June 25, 2015. Th attack resulted in 25 deaths and injured over 200 people. It occurred as worshippers were attending the Friday’s service prayer. Several of the injured are in critical condition. Once again ISIS terrorist group aims to shake the stability and unity of yet another country in an effort to foment sectarian strife. AHRC is confident that the Kuwaiti government and the Kuwaiti people are up to the task of facing down the forces of hate and terror.

We agree with Yaqoub Al-Sanea, Justice and Islamic Affairs minister, who called the attack “a terrorist and criminal act that threatens our security and targets our national unity.”  AHRC commends the Kuwaiti government’s strong stance condemning the attacks and its taking all measures to preserve the unity and safety of the Kuwaiti people against this common enemy.

“The Kuwaiti authorities have been vigilant regarding the threats of terror. However, no measures are foolproof. Terrorism will not succeed as long as the Kuwaiti people and their government remain united. We are confident they will,” said Imad Hamad, AHRC executive director