AHRC Condemns the terrorist attack on the US Consulate General in Turkey: 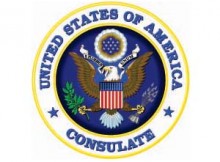 The American Human Rights Council (AHRC-USA) strongly condemns the recent terrorist attack that targeted the US Consulate General in Istanbul, Turkey last week. According to Turkish authorities two women carried out the attack, one was eventually injured during the exchange of fire with the police and captured. The other woman is still being chased.  The two women are members of the Revolutionary People’s Liberation Party, a far-left, extremist group which is classified as a terrorist group by Turkey and the United States. As a result, the US Consulate General remains closed to the public until further notice.  This is not the first time that US diplomatic corps personnel and facilities have been targeted in Turkey.

AHRC condemns all acts of terrorism. Terrorism of all kinds has no faith or borders and is a threat to all the countries in the world.