AHRC CONDEMNS THE TERROR ATTACK ON A MOSQUES IN SAUDI ARABIA: 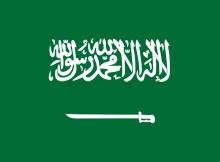 The American Human Rights Council (AHRC) strongly condemns the terror attack against the Imam Hussein mosque in Dammam and the Imam Ali mosque in the Al-Qadeeh in the Eastern region of the Kingdom of Saudi Arabia. These terrorist attacks were executed by IS “Islamic state” suicide bombers who claimed responsibility. Such horrific attacks cause severe damages, several injures of worshippers civilians and a number of deaths. Among the dead was  Mr. Abduljaleel Alarbash, 22 years old, and an undergraduate electrical engineering student  at Wichita State University  in Kansas, who was visiting Saudi Arabia to get married and  was expected to return to the university in the fall.

AHRC reiterates its strongest condemnation of all acts of terror in any part of the world. AHRC reiterates that terrorism is our common enemy and it recognizes no region or nationality. AHRC expresses its deep condolences to the victims’ families and wish a speedy recovery to the injured. The world should remain united against all acts of