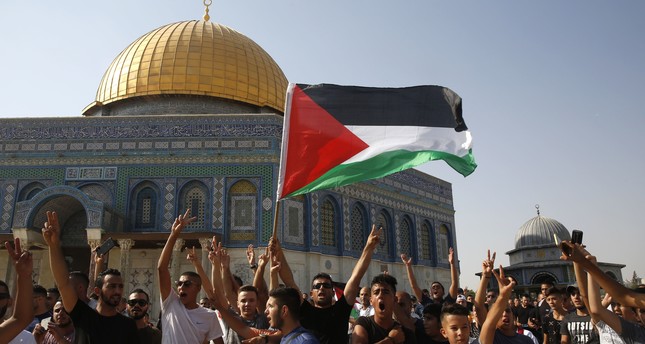 [Michigan, May 10, 2021]: The American Human Rights Council (AHRC-USA) condemns in the strongest terms the ongoing Israeli suppression of civilian Palestinian protesters who rose up against Israeli measures designed to Judaize Arab East Jerusalem. Israeli army interference in the right of free worship of Palestinian Muslims at Al Aqsa Mosque during the holy month of Ramadan is inexcusable and a violation of a basic human right.

The Al Aqsa mosque compound sanctuary is the third holiest religious site for Muslims across the globe. These continued Israeli measures to evict Palestinians from their homes in East Jerusalem and lately of the Sheikh Jarrah neighborhood are blatant discriminatory practices designed to ethnically cleanse Jerusalem from its Palestinian residents.

The Israeli government is using a number of different methods to uproot the Palestinians and change the nature of Arab East Jerusalem. These are desperate Israeli efforts that will only lead to further escalation of the conflict and will not succeed. AHRC calls for an immediate end to expulsions and an end to all Israeli violations of Palestinians rights.

AHRC calls upon the Biden administration and the international community to pressure Israel to end its designs on Arab East Jerusalem. Sheikh Jarrah should be seen in the context of Israeli actions that disregard the basic human rights of Palestinians. President Biden has promised a foreign policy that promotes human rights. Palestine should not be the exception.

AHRC urges the Biden administration and the international community to pressure Israel to stop trying to create and impose facts on the ground that are antithetical to peace, in Jerusalem and in other parts of Mandatory Palestine.

The whole world knows the road map to peace: Ending the occupation, a Palestinian state with its capital in Jerusalem and justice for the refugees.

“It is time that the Biden administration re-engage with both sides to move the peace process,” said Imad Hamad, AHRC Executive Director. “Despite the current Israeli escalation, peace is possible and the US is still the indispensable partner in achieving it,” added Hamad. “We call on President Biden to honor his commitments to human rights in Palestine,” concluded Hamad.

Dear author,
Your story is published and below is a link to the publication
http://www.thenigerianvoice.com/news/298552/ahrc-condemns-israeli-actions-in-occupied-east-jerusalem-ca.html

Help AHRC Protect Human Rights:
These are challenging times. It is our common humanity that we are determined to protect. To donate, please visit: www.ahrcusa.org for safe & secured donation
# # #
AHRC News & Views
Media & Information: (313) 9143251
NGO in Consultative Status with the Economic and Social Council (ECOSOC) of the United Nation